A Show of ‘Elephantine Quality,’ @ The El Portal

Based on the true story of John Merrick, “The Elephant Man” at the El Portal Theatre in North Hollywood, transforms a simple space into a major theatrical production into a show with spectacular appeal. Written by Bernard Pomerance and directed by Robyn Cohen, with lighting design by Bo Tindall and set design by Lillian George, we are immediately transported to Victorian England 1884, to watch a gripping drama (based on a true story)come alive before our eyes. Of note are the dashing & decadent period costumes,(kudos to costume designer Moe Marks), with almost a shade of goth, which seem to be making a fashion comeback. Right from the opening scene, where two male porters (David Revaza and Logan Padilla) sweep up after a sideshow circus performance– to the next scene, where Dr Frederick Treves (played by John Ralston Craig) encounters Merrick (Tom Vitorino), inviting him to be his “subject,” one learns the rule of theatre 101: “there are no small roles, only small actors.” From lowly sweeper to esteemed research doctor, from carnival pinhead to elegant countess, each actor runs the gamut, each an intrinsic part of the bigger picture. When the same actors play multiple roles, the audience immediately recognizes the depth of character development and creative teamwork involved.

Vitorino brings a humbling tenderness and sensitivity to his role as Merrick, truly capturing both physical agony and mental anguish. He remarkably assumes the posture of his Job-ian character who was dealt a most treacherous blow of fate imaginable. One most memorable line of dialogue references “the book of Job, with a just and merciful God.” Author Bernard Pomerance once noted, on the choice of no shocking makeup or effects for the elephant man: “any attempt to reproduce Merrick’s appearance or speech naturalistically would seem not only counterproductive, but distracting from the play.” Vitorino precisely conveys the physical deformity and grotesque features through voice and body language- rather than with extreme makeup. One very poignant scene in the show was when each character, such as Mrs. Kendal (Alice L. Walker), named various characteristics of Merrick, such as ‘thoughtful, discreet, curious, sensitive, honest,’ and found the same features within herself. This scene surely conveys the message that the soul which lies inside is far deeper and resonant than the outer surface/exterior. Kendall and Treves do their utmost to provide Merrick with a dignified life of hope, love, and meaning, rather than exploitation. The show’s haunting, exquisite score and music (sound engineering by Beau Bancroft) not only enhances but carries the emotional energy. It has so much potential that a chamber operetta of The Elephant Man could well be on the musical horizon.
Through April 14
Wed & Thurs 8PM
Fri & Sat 8PM
Sun. 3PM
El Portal Theatre
5269 Lankershim Blvd.
818 508-4200
http://www.elportaltheatre.com/elephantman.html 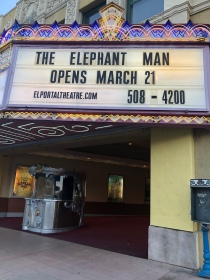 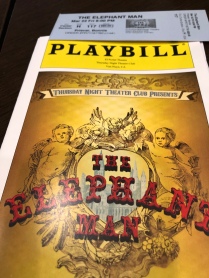 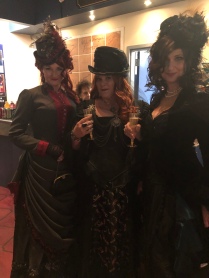 Hotmail has tools for the New Busy. Search, chat and e-mail from your inbox. Learn More.